Your Felony Case from Beginning to End 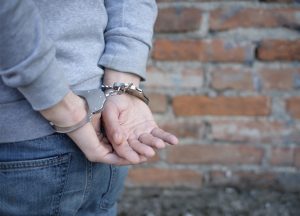 The timeline of a felony case in California; from arraignment through verdict or sentencing.

There are certain legal concepts and rights that apply to felony criminal cases in California regardless of jurisdiction. The purpose of this post is to outline the timeline of a typical felony case so that you know what to expect in court if you have been charged with a felony in California.

Your first court date is called the arraignment, and it is usually the first time you appear in court on a felony case. The judge will call your case and verify your name and date of birth.

If an attorney is present, they will usually waive the arraignment and reading of the complaint, and enter a plea on your behalf. In almost all cases, they will enter a “not guilty” plea.

Next the judge will decide what to do about your custody status. You may be released on your own recognizance ("OR"), released on your own recognizance with supervision ("SOR"), or the judge will set an amount for bail. The amount of bail depends on the charges and the case. Bail is only denied in probation violations or in other rare cases. (See this note on California's pre-trial risk assessment process, which is supposed to replace the current cash bail system.)

If you are out of custody or if your charges are extremely serious your lawyer may ask you to “waive time.” This means that you agree not to have a “speedy trial,” usually to give your attorney more time to prepare and fight your case. Time waivers in felony cases have to be heard in open court, which means that you have to tell the judge that you agree to any time waiver when asked. The decision of whether to waive time is a crucial aspect of your case, and in some cases can be the difference between a dismissal or conviction. Make sure to thoroughly discuss the details of this decision with your criminal defense attorney prior to waiving any speedy trial rights.

The judge or clerk will then set another court date. How quickly the court date will be scheduled depends on whether you have waived time, and what the case loads are like in the county in which your case will be heard.

For more information, talk to your attorney about how this pre-preliminary hearing court date will work in your case.

In San Mateo County your attorney will almost always get a plea bargain offer for you to consider at your SCR. At your court date your attorney, the judge, and the district attorney will meet in chambers and get an offer for a potential plea bargain. Sometimes the terms of the offer require that you resolve the case that day, and sometimes you can have time to consider the offer before it expires.

If you accept an offer, the preliminary hearing will be vacated and you will be sentenced. Sometimes the sentencing will happen right away, and sometimes the judge will want a probation report and another court date prior to the sentencing. For more information on sentencing, see below.

There are a variety of other things that may be addressed at these court dates before your preliminary hearing. Motions may be heard in court such as discovery motions, bail motions, or lineup motions, to name a few. Your attorney can advise you about whether motions are appropriate in your case, and whether these motions will be made before or after the preliminary hearing.

If you are charged with a felony in California, you are entitled to a preliminary hearing. This is a hearing in front of a judge where the district attorney will present their case against you in court. Except in rare situations, the defense does not call witnesses or present evidence at this hearing. However, your attorney will cross examine the witnesses against you and do everything they can to challenge the prosecution’s evidence.

Sometimes evidence will be introduced against you such as photos, forensic evidence, recordings, videos, or certified documents (to prove things such as prior convictions).

In almost every case, the district attorney will also call witnesses against you at the preliminary hearing. Sometimes direct witnesses or alleged victims will be called to testify. However, don’t be surprised if all of the witnesses are not at court during your hearing. In many cases the police officer who interviewed these witnesses can testify about what other witnesses told them. This is often referred to as a “Prop 115” hearing. This practice is only permissible at your preliminary hearing; it will not be allowed during your jury trial.

After hearing all of the evidence the judge will decide whether there is probable cause to believe that a crime has been committed, and whether you are the person who committed that crime. If there is no probable cause, your case may be dismissed. If the district attorney has not presented evidence of every element of the crimes you are charged with, sometimes some charges are dismissed or reduced. However, sometimes charges will be added if the evidence presented is different than what was expected.

If the judge determines evidence has been presented for each of the charges, they will make that ruling. This ruling is often referred to as being “held to answer” or “a holding order,” and sometimes even being “certified to Superior Court.”

Motions are sometimes also heard during the preliminary hearing. For instance, motions to suppress evidence can be heard if your attorney believes your rights were violated. Miranda motions can also be made if law enforcement did not read you your rights. In some situations your attorney can also make a motion for the judge to reduce your case to a misdemeanor after the evidence has been presented.

If the judge makes a “holding order” at your preliminary hearing, your case will then be continued for another court date called an arraignment on the information.

At this court date your attorney will almost always plead not guilty and a trial date will be set. When the trial is set depends on whether you “waive time” for trial. Many people waive time and don’t request a speedy trial. However, your lawyer may advise you not to waive time if you are in custody or they think it gives them a tactical advantage at trial.

Whether a motion is appropriate and likely to succeed depends on the facts of each case, and is something that needs to be considered by your attorney. It is important to have an attorney who is practiced at writing and research to be sure that every righteous motion is made and argued on your behalf.

Jury trials are what most people envision when they think about the criminal justice system. Trials are commonly portrayed in TV, books, and movies. However, most criminal cases resolve through plea bargain and very few criminal cases end up in jury trial. Because trials can be rare, many criminal attorneys do not have a lot of jury trial experience. Of the attorneys with trial experience, many of these trials are for misdemeanor crimes. Felony trials are different because the stakes are higher, the facts are more complex, and it is more difficult to get favorable results for your clients.

If you are charged with a felony or serious crime, it is important to have an attorney with felony trial experience specifically. The issues that come up during these jury trials such as the presentation of forensic evidence (DNA, fingerprints, cell phone triangulation technology), proving up prior convictions and enhancements, and medical evidence, can be complex. When you are interviewing criminal defense attorneys it is important to ask about their felony trial experience. You don’t want your case to be the first case of its kind that your attorney has litigated in trial.

The length of your trial depends on the charges, the number of witnesses, and the facts of the case. In some cases, trials can be completed in as little as one or two days. However, trials can also be extremely complex and take months to complete. For more information on what to expect during your trial, please see my separate post on what to expect at a felony trial in California.

If you accepted a plea bargain offer with a promise of what your sentence will be, sentencing is usually simple and straightforward. In some situations people are sentenced on the day of their plea bargain. In other situations, the judge continues the case and orders a probation report prior to sentencing.

If you agreed to a specific sentence, you will most likely receive that sentence. Sometimes people agree to a “top” or a “lid.” This means that the judge agrees to sentence them to “not more than” a certain amount of jail time, but refers it to probation to find out more about the case. After finding out more information and hearing arguments from the lawyers, the judge will then sentence you to what they think is appropriate, but it cannot be more than the promised “top” or “lid.” For example, if a defendant agrees to a 6 month “top,” this means that the lawyers will argue for what sentence they think is fair and the judge will order a sentence, but it cannot be more than 6 months.

You will receive credits for any time that you have served in custody against your sentence. The amount of credits you receive depends on what your charges are.

If you are found guilty after trial, there are no promises from the judge or prosecution about what sentence you will receive. Most judges continue the case after a guilty verdict to get a probation report. Your attorney will often do their own sentencing motion to the judge highlighting positive things about your background and circumstances. In some situations you attorney may also file a motion for a new trial in your case as well.

At times criminal procedures can be complex and confusing. If you have any questions about the above legal procedures in your criminal felony case, contact Jessica Agnich for a free legal consultation. 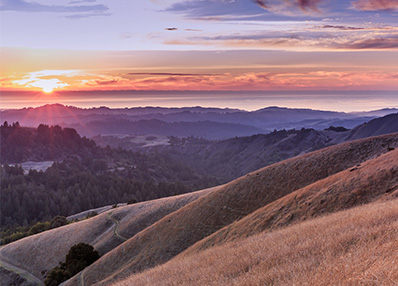 “[S]he truly cares for her clients and goes above and beyond ...”
– Yelp Review